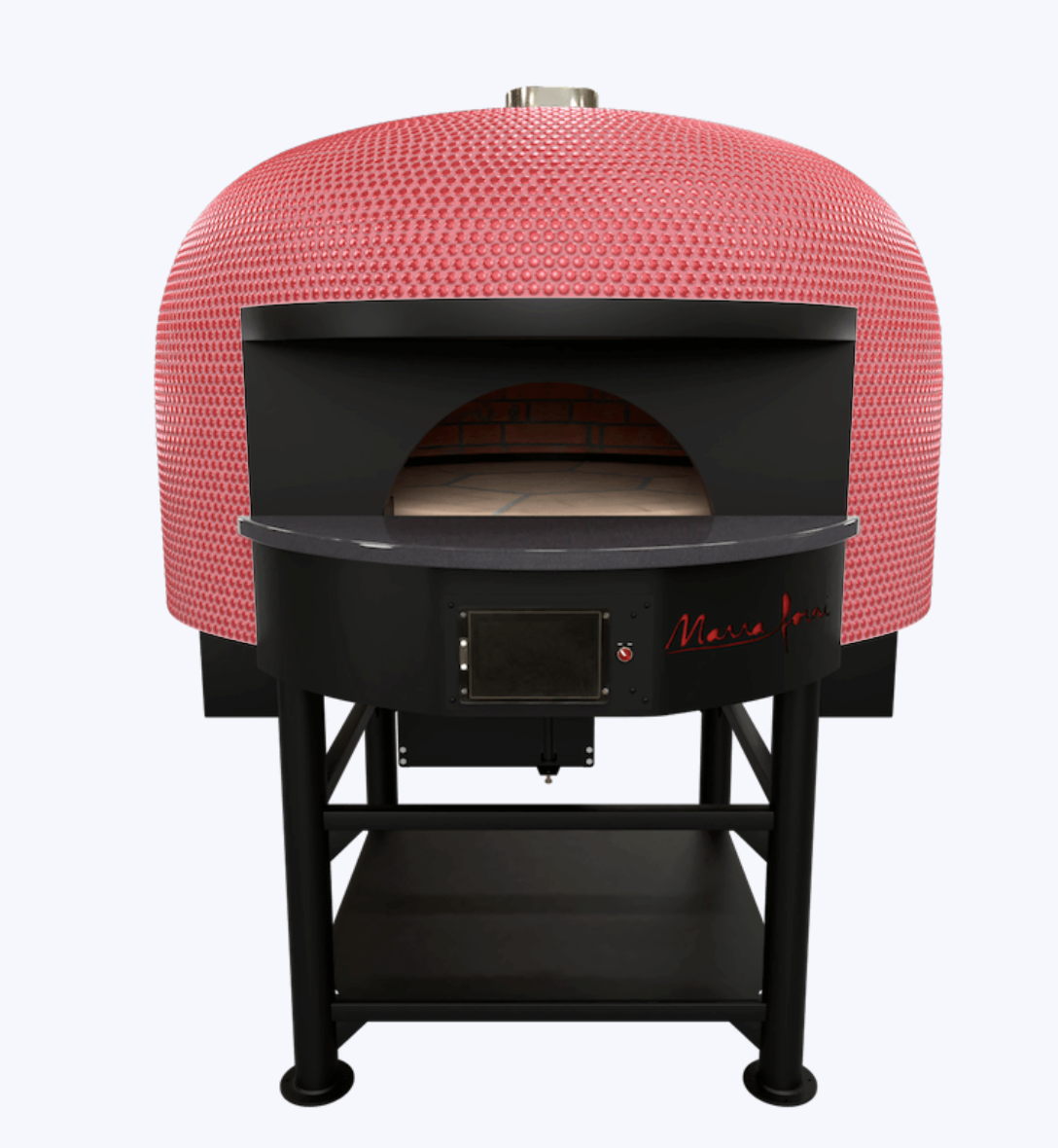 Perhaps more than any other food, pizza has the power to put smiles on people’s faces. When Domenico Scibilia and Fortunato Tranchina opened their Sorriso, which means “smile” in Italian, they set out to do just that. The long-time Italian American friends from Queens saw the opportunity to take their concept on the road – offering pizza parties with authentic, Neapolitan-Style pies throughout the New York and New Jersey area. Domenico had the first idea to begin Sorriso while he was making 120 pizzas outdoors in honor of his father-in-law’s birthday a few years back.

He felt that the party was such a huge success that it would be a fun and rewarding experience to offer to clients as well. Domenico and Fortunato were not new to the food industry. Domenico himself had years of experience in the deli business, while Fortunato was highly skilled in butchering. Together they wanted to offer something different than the readily available, standard New York style pizzas.  As lovers of Neapolitan pizza, they discussed their concept with Vito Iacapelli who recommended Marra Forni to them.

Even though this is only their second season in operation, Domenico and Fortunato are pleased with the rapid increase in business. Their Marra Forni trailer oven, they feel, is the “star of the show.” They feel that the “wow factor” that the oven brings to their sites transforms them from a simple service to an event in itself. Their all wood-fired oven cooks up to five pizzas at a time, and is fueled with a combination of birch, oak, ash, and cherry wood for optimal flavor.

“Francesco, Enzo, Jeff, and Anthony really took care of us. Francesco (Marra) made our oven affordable to us so that we could begin our business. We are forever indebted to them for their help,” say Domenico and Fortunato. “They also invited us to pizza shows and introduced us to scores of people who guided us along the way while we were opening. One of the major things that we learned, for example, is that we should personalize our pizza style and make it our own,” they say.  For example, different types of hydration and machinery are required for different types of businesses. Domenico and Fortunato proudly use their Marra Forni mixer and have developed a dough which enables them to refrigerate it so that they can have consistent pizzas during their 2 1/2-3 hour event services. To learn more about Sorriso’s event packages, click here.

To date, the most rewarding aspect of the business has been the response from clients. Fortunato and Domenico beam with pride when customers say that their mobile oven produces the “best pizza I’ve ever had” and when they win the hearts of those who “don’t normally like pizza.”  Fortunato says that the core of their business is to make people feel important – and this has been their experience the whole way through.  When dealing with Marra Forni’s owners, they say “we felt like we were as important as a large chain.”

In turn, much of Sorriso’s business comes from companies and/or business owners who want to say thank you to their staff in a special way. In addition to creating unforgettable, flavorful experiences for bar and bat mitzvahs, birthdays, anniversaries, graduations, and holiday parties, Sorriso is often contacted by companies. When they arrive on site, fire up the oven, and begin to produce impeccable pizzas, employees feel special – they know that their employers went above and beyond to offer something unique to them. Shortly thereafter, everyone’s smiling.

Tags: Marra Family
Back to Blog

Apple pie is often thought of as the quintessential American food – and scores of both apple and...
Read More

All You Need to Know About Brick Oven Versatility